Raman spectroscopy is long established as a non-destructive chemical analysis technique capable of providing detailed compositional information. The technique is also capable of distinguishing between allotropes of the same material.

Whilst Raman is useful for measuring solids and liquids, the weak Raman scattering effect makes analysis of gases more challenging due to the diffuse nature of the target. Consequently, for gas analysis, alternative techniques are often employed, particularly Fourier Transform Infrared (FTIR) spectroscopy and Gas Chromatography (GC). However, whilst both are established, mature technologies, each has drawbacks: FTIR requires an additional analyser to identify homonuclear diatomic molecules. GCs, as well as being bulky and expensive, are complex and require a highly trained operator to run the measurements and interpret the results. Perhaps the biggest drawback with GC though, is the requirement for anticipatory column and detector selection based on the gases the operator is expecting to find.

IS-Instruments has been working on a Raman instrument capable of characterising substances in gaseous form. Previously, for Raman measurements of gases, it has been necessary to employ techniques to maximise the opportunity for collection of the Raman signal. These have included sample pressurisation; using a high-powered laser (or both); and increasing the path length through the gas sample to increase the laser-gas molecule interaction pathlength. Silver-coated capillary and mirrored chambers which allow the laser to be reflected multiple times through the gas sample are two examples of maximising the laser-gas interaction pathlength. Each approach has been demonstrated however sensitivity often remains a significant challenge, so ISI has been working on a hollow core micro-structured optical fibre based Raman instrument to overcome the sensitivity hurdle. Here, the hollow fibre is filled with the target gas and the laser transmitted down the fibre. The unique guidance mechanism facilitated by the fibre results in the efficient transmission of the laser over extended lengths resulting in substantial laser-gas interaction path lengths and consequently increased sensitivity to gas species.

The instrument has been developed over multiple projects initially with notable collaborators including the Optoelectronic Research Centre (ORC) at the University of Southampton and Jacobs (formally Wood), supplier to the nuclear sector. The nuclear sector, along with Oil & Gas, and environmental sectors, all routinely require gas sample compositional analysis. Ideally, these analyses would occur onsite, without the requirement to collect and send for offsite analysis to limit the potential for contamination, or for harm to human operators.

ISI has successfully demonstrated the ability to produce measurable and repeatable results, quickly, and onsite, where component concentrations were as low as 0.04%, using the hollow core micro-structured optical fibre as the gas sensing medium.

Aura has been used to monitor hydrogen blending within natural gas pipelines, a topic at the forefront of the critical target for the UK to attain net zero carbon emissions by 2050. With heating accounting for 37% of the UK’s current carbon emissions (https://es.catapult.org.uk/guide/decarbonisation-heat/), reducing the amount of natural gas in the supply line by blending with hydrogen is one method of reducing that output. The Energy Networks Association states blending 20% hydrogen into the gas grid will reduce carbon emissions by the equivalent of 2.5 million cars per year without any alterations needing to be made to people’s existing gas-burning systems. However, the blending process requires careful monitoring to ensure the correct gas mixture is maintained. The plan is undergoing testing and is subject to a final decision by the Government in the UK Government Hydrogen Strategy which will be finalised in 2023.

Aura has also been successfully tested in a project for the so-called Foundation Industries: Metals, Glass, Ceramics, Cement, Chemicals, and Paper, sectors with industrial processes largely unchanged since the Industrial Revolution. These industries struggle to adapt to less energy-intensive production methods and are currently responsible for 10% of the UK’s total carbon emissions. Each sector is subject to regulation to limit the output of a large number of gases produced during the manufacturing process, including carbon monoxide, carbon dioxide, nitrogen oxides, sulphur oxides, and methane. To comply with legislation, these industries are required to monitor and record their output of greenhouse-contributory gases. Aura was shown to be able to identify not only multiple gas species simultaneously but also homonuclear diatomic variations as well. 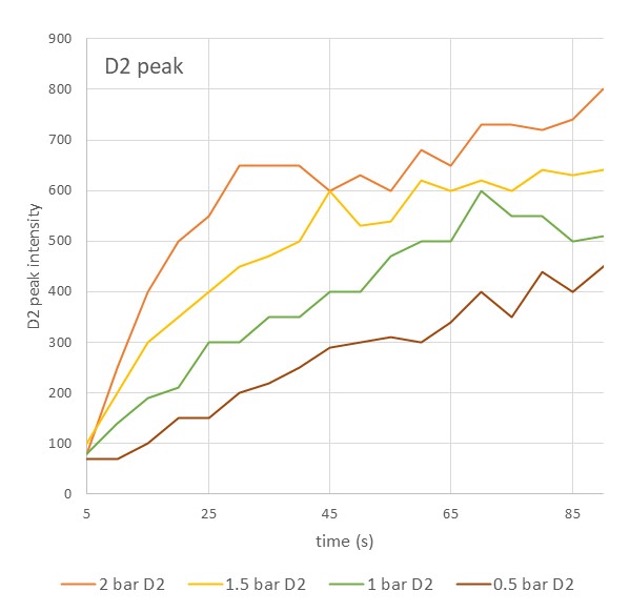 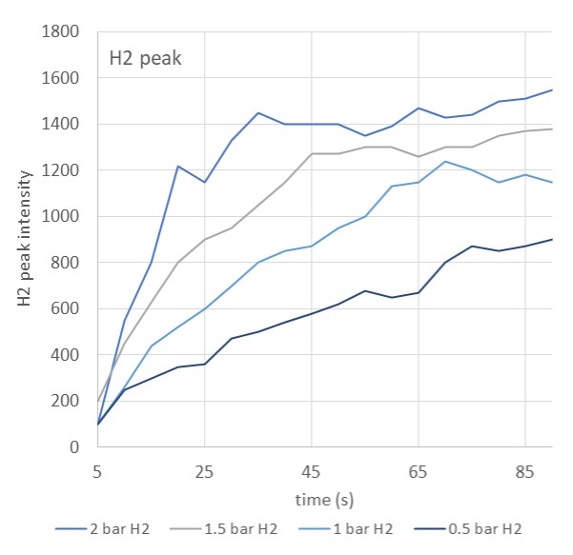 A further sector where Aura can be deployed is within nuclear fusion where it is necessary to track the concentration of hydrogen isotopologues. Aura has already been demonstrated to successfully identify and quantify concentrations of hydrogen, deuterium and deuterium hydride with the anticipation that tritiated species will be detected in latter phases of the development programme.

For further reading on the development of Aura: https://analyticalsciencejournals.onlinelibrary.wiley.com/doi/full/10.1002/jrs.6195